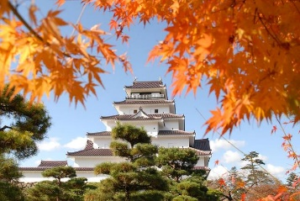 “Shigin” is one of Japanese traditional culture,which had been chanting of ancient Chinese poem, Japanese Poetry, Waka or Haiku with traditional Japanese form.

Its melody had been unwritten for through the ages and it contains an immense amount of poetic sentiment.

The end of Nara is the era of Japanese Roei .The Waka was Japanese way to express their “heart” .Not only Waka but Chinese poem also had been chant Roei using Japanese method named Kundoku.

In Edo era,poet was chanted as a port of education of Samurai. The main purpose of practice “Shigin” was an educational cultivation and cultivation itself. It matched to Samurai way to live, prevailing against one’s mind.From the end of Edo to Meiji restroration “Shigin” turn real significance of mind of Samurai.

“Shigin” is waxing words of poem. When people moved, they express it using their voice which has it each word. “Shigin” is poet in has one’s soul.